A series of webinars co-organised by ASKO Europa Stiftung and TGE partner Fondation de France are providing an impetus for cooperation and knowledge sharing across both sides of the Rhin. 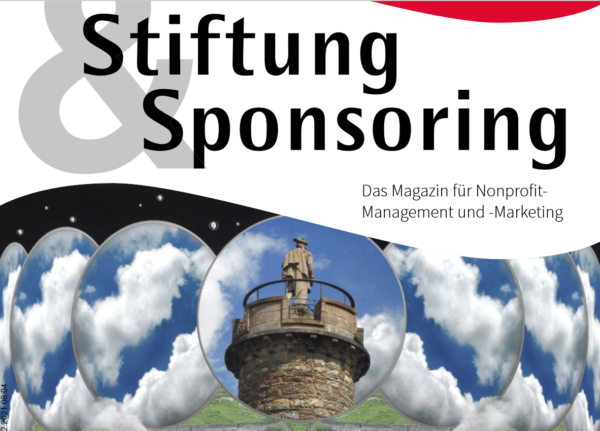 A series of online events on philanthropy in France and Germany have been taking place over the past few months, hosted by the French TGE partner Fondation de France and by German ASKO Europa-Stiftung. A third edition was set for today, March the 9th. The “Stiftung & Sponsoring” magazine recently published an article about the initiative and the broader Franco-German context in the philanthropic sector.

Read along for our summary of the article.

Every country, in Europe and in the rest of the world, has its specificities and its own form of philanthropic organizations. France and Germany are continually moving closer together and this obviously also affects the philanthropic sector. Reflecting on the situations in the two countries and looking for possible common strategies is thus a sensible and promising initiative.

Fondation de France’s and ASKO Europa-Stiftung’s project is quite revolutionary because there have so far been no efforts to reflect on philanthropy in a Franco-German context and to bring it closer to one another. As of today, there have only been specific foundation cooperation on certain topics.

As the last few years have seen a new dynamic in philanthropy, in France and Germany in particular, the timing seems to be right. Recently, special attention has been paid to cooperation between civil society forces in both countries in the German-French Treaty of Aachen, signed in 2019. Moreover, a financing instrument has also been created, with the Franco-German Citizens Fund (which supported the organisation of this series of events), so new Franco-German initiatives from within society can be supported.

The authors focus as well on the European dimension, reminding us that the European Union not only guarantees citizens to move freely physically within the borders of the EU but also the freedom to be economically active and to use their property at their own discretion. The possibility to make cross-border donations is a part of this freedom of action for the individual. Transnational Giving Europe is then mentioned in that effect, as an instrument to make this happen.

“…in which more and more European countries are participating. Currently, 21 countries across Europe belong to this network for the successful completion of the donation transactions. TGE was able to transfer more than € 11.5 million in donations in 2020, a significant increase compared to previous years. This instrument gives founders and donors relatively simple and secure opportunities to get involved across borders. In addition to clarifying the legal options, the entire administrative process is carried out by the umbrella organizations in the TGE network, who are also available as permanent contacts: the Fondation de France is the contact in France and the Maecenata Institute in Germany. There are currently around 500 recipients of donations with whom the TGE network is in regular contact, and the trend is rising. With the support of the European Union, the first online donation platform has now been founded, the TGE Online Giving Platform. This platform could be used successfully in the times of Corona in order to continue collecting donations even under limited pandemic conditions.”

In a nutshell, the organizers of this series of online events want to encourage mutual understanding and acquaintance between French and German stakeholders through their initiative, and thus provide an impetus for cross-border philanthropy. The authors conclude their article by insisting on the fact that, at this point, the European Union is also required, and that “it is up to her to create the legal framework for a philanthropic single market”.

More information about the article…