The Chairman of our Swiss partner talks about European Philanthropy 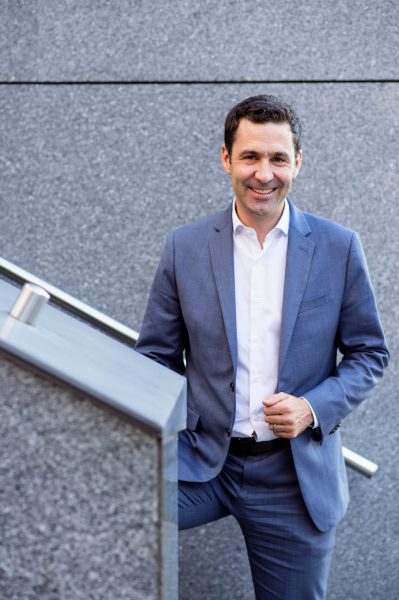 How is the state of philanthropy today?

If you ask a Swiss person about the state of philanthropy in Europe, this is indeed a great sign that the TGE Network sees the movement of philanthropy beyond the political Union as of today. If you look back at the many years of the network, we have always been impressed by its expansion in Europe. From our perspective, if the TGE was the sole expression of generosity across Europe then, we would have failed as the total granting remains indeed modest. However, we are humble in our journey and we see the TGE as one of the indicator reflecting a part of the grantmaking in Europe, and in that sense, our work is still in progress.

In 2013, Geneva hosted the annual event of the EVPA (European Venture Philanthropy Association), could you tell us more about it?

Geneva is a small city with less than 200’000 inhabitants but is a real hub for international organizations. Nearly 3’000 meetings with 219’000 delegates are hosted by international NGOs and corporations every year. However, in 2013, a large conference dedicated solely to philanthropy was still missing. With the support of the City and the Canton of Geneva, we were able, with 7 others foundations, to host the event. It was insightful in many ways for the 500 participants from over 30 countries both to learn more about venture philanthropy and to have a closer understanding of Swiss philanthropy.

From your opinion, such a network would be relevant on a global scale?

The main assets of the TGE from our point of view is the trust amongst its members to embrace the same vision and to work with the same ethos and discipline. Therefore, professionals in each of the 19 institutions are the enablers of European donations.  I have no doubt that other regions could develop similar models and that the expansion could be limitless. However, I believe that to be efficient, such a network needs to be of a limited size of partners.

Does the future of philanthropy rely on cross-border donations or do you think that philanthropists are more willing to give locally?

Depending on whether your giving focus is on climate change or on conservation of heritage, your geographical focus to achieve your goals will likely be different. Climate change crosses boundaries and impact happens at the regional level. To build on this example, we believe that giving is choosing. The donor alike the foundations need to reflect in order to clarify the options at stake. The regional scope is one of the issues to decide, as it is one part of a complex story. In addition, we also observe that a portion of the donors using the TGE are global citizens. They continue to support causes in other countries that are dear to them: such as the university they went to as a student. We also see family members, widespread across jurisdictions, who fund projects that can be important to them as a family. Therefore, we think your question cannot be answered simply because the reality of each donor is as different as their motivations. But we have no doubt that facilitating donations across European countries will be on the raise, as we have the freedom of movement across the Union.

In addition to cross-border donations, what will be the decisive themes of tomorrow’s philanthropy?

I would like to raise two issues. The first one focuses on impact. Experience has showed us that obtaining results is a process which begins with the definition of the strategy to support a cause. It is essential to identify the right partners, to agree about target results, and to define the expected impact. As Alan Lakein said: “Failing to plan is planning to fail.” For a long time, non-profit organizations exclusively received donations in order to reach certain results. It is no longer a taboo to make financial loans or to take shares. It is very relevant to analyze and choose associations according to their performance and their real impact, rather than their cost structure solely.

The second issue is humility. Philanthropy represents only a drop in the bucket of what is needed in humanitarian, social or cultural aid. Donations are always fewer than actual needs. The question of amount is important, but falls short on explaining what a donation is. An entrepreneur told us, « it took me five years to make significant donations. I wanted to make sure that my money would be well spent and that I could have the most impact with the ones I am supporting. » The question « how to give? » is the essence of philanthropy. The way to give better is a determining factor, and probably as important as the decision to give more.

As the Chair of the TGE network for 2018, what will be Swiss Philanthropy Foundation’s priorities?

Let me take a national perspective on your question. In Switzerland, our government is made of seven ministers elected by the parliament and every year by order of seniority, one of them becomes the president. The president can then give an impetus but his or her role remains essentially ceremonial.  In reality, very few Swiss citizens know our president, nonetheless our government manages to move forward. We see our role as the Chair of the TGE very similarly as the network is a strong one with a recently renewed collaboration agreement. That being said, we believe that in an age where image is everything, especially for the younger generation, the role of communication should not be underestimated. Communicating about philanthropy requires balancing the need to celebrate examples which may inspire others to give and respecting the privacy or the discretion required by some philanthropists. The network is well equipped to pursue the dissemination of good giving principles across countries in Europe and we will support this during our chairmanship.