TGE/EFC study on the actual state of

No European Philanthropic Union yet! 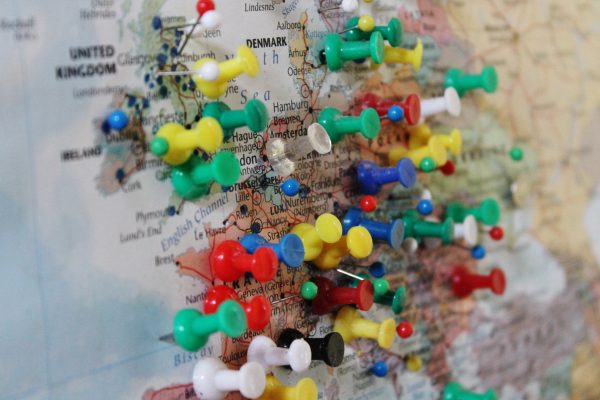 Taxation of cross-border philanthropy in Europe after Persche and Stauffer. No European Philanthropic Union yet!

A study released by the European Foundation Centre and the Transnational Giving Europe network “Taxation of cross-border philanthropy in Europe after Persche and Stauffer – From landlock to free movement?” calls for less red-tape and non-discriminatory tax treatment for donors and philanthropic organisations throughout the Member States.

“Cross-border philanthropy should be straightforward, but it can in practice be both complex and costly,” says Gerry Salole, Chief Executive Officer of the European Foundation Centre. “With this study we aim to raise awareness of the difficulties donors and foundations face when carrying out their invaluable work outside of their home country and to push for effective solutions to facilitate cross-border philanthropy in Europe.”

Almost all the Member States of the European Union recognise the benefits of philanthropic activities for society by providing favourable tax treatment for charities and their donors: when an individual or a corporation makes a donation to a charity, they are able to deduct the amount from their taxable income or receive a similar benefit. Likewise, when charitable organisations receive money or generate income, they are in general eligible for tax concessions. However the situation becomes complicated when money is donated to a charity based abroad or when a charitable foundation generates income, through investments or fundraising for example, in a country other than the one in which it is registered.

A series of rulings by the European Court of Justice set out a “non-discrimination principle”, according to which Member States must award equal tax concessions to charities based in other Member States where the foreign charities can be shown to be “comparable” to domestic organisations holding charitable tax status. For example, a German donor who makes a gift to Portuguese charity can deduct his donation from his taxable income, provided that the Portuguese charity can be shown to be comparable to a German one. Similarly, a UK charitable trust that has generated income from investments in Sweden may, if it can show itself to be comparable to a Swedish charity, claim a refund of taxes levied on that income. In practice, however, demonstrating comparability can be so complex that it hinders or even deters cross border-philanthropy.

The study examines the different ways that Member States approach the question of comparability of foreign and domestic charitable organisations and the administrative procedures that charities and donors must follow in order to receive the tax incentives due to them. Even where Member States have amended their laws to ensure formal compliance with the European non-discrimination principle, a number of procedural hurdles still exist. Charities and donors often face long procedures, uncertainty and substantial costs for administrative and translation fees, legal advice and proceedings in national or European courts.

The study proposes practical and policy solutions to improve the way the non-discrimination principle is implemented. These include the use of model statutes, the conclusion of multi- or bilateral tax treaties, and the establishment of a set of common core principles as the basis for determining comparability.

“Philanthropy is a growing force in Europe,” says Ludwig Forrest, Coordinator of the Transnational Giving Europe network and Chair of EFC’s Legal Committee. “Internationally mobile donors and organisations seeking to tackle problems that do not stop at national borders need a tax and administrative framework that recognises the contribution they make to European society and the lives of citizens. Using this study as a roadmap, the EFC and Transnational Giving Europe will continue to work with the European institutions and the national authorities towards tax effective cross-border philanthropy in Europe.”

Taxation of cross-border philanthropy in Europe after Persche and Stauffer.