International Football players donate 1% of their salaries for social projects

‘’With more than three billion fans, football is the largest social phenomenon on the planet. No other sport boasts such wealth. Or such reach. Or such cultural significance. The beautiful game is in a league of its own. Imagine uniting the world of football behind a shared social vision. Imagine the impact we could create and the lives we could change. Through Common Goal, this is what we are trying to achieve. Juan Mata and Mats Hummels are leading the way and they want you to join them.’’ 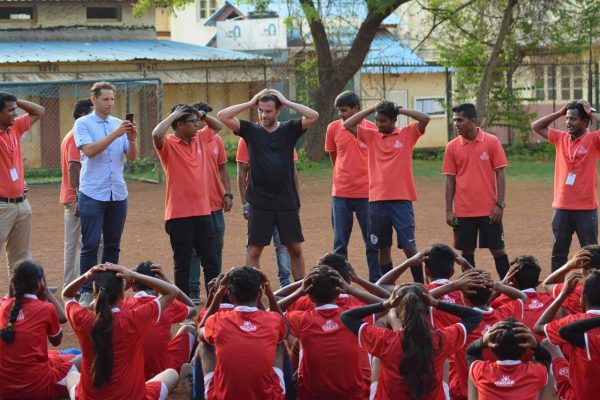 This project will engage international football players that are willing to donate 1% or more of their wages to the Common Goal Fund that is managed by the King Baudouin Foundation.  This Fund has been created by Streetfootballworld, and will support football-based projects that drive progress towards the UN Sustainable Development Goals. Thanks to the Transnational Giving Europe Network, donations will be tax effective for the players in their respective countries.

Juan Mata and Mats Hummels were the two first players to confirm their participation in the project.

“As soon as I heard of Common Goal I knew this was a chance for football to improve our world, and I wanted to be part of it,” Hummels explained. “I feel we could be doing more to connect the increasing revenues in football to some kind of deeper purpose. This is what struck me about Common Goal. Through the 1% pledge, we’re building a bridge between football and its social impact around the world.”

Mata called Hummels ‘the perfect teammate’ and said he expects the German’s inclusion to build further momentum for the movement, which has already made global headlines.
“I don’t actually know Mats personally, so I was pleasantly surprised when he contacted me to talk Common Goal,” Mata recalled. “He really gets what we’re trying to achieve and is the perfect teammate to have on-board at this early stage. The fact that a World Cup holder—at the peak of his career with one of the biggest clubs on the planet—has chosen to make the pledge shows the power and magic of what we’re doing. The reception to Common Goal has been amazing so far and I have no doubt Mats’ involvement will inspire more players to join.”

Hummels and Mata’s Common Goal donations will be pooled into a collective fund steered by Berlin-based NGO streetfootballworld. “What we have here is two star players from different leagues and different countries joining forces in the name of social change,” said streetfootballworld CEO Jürgen Griesbeck. “It’s an unlikely alliance that highlights the appeal and potential of what we’re doing.”

Like Mata, Hummels has challenged his peers to make the pledge for themselves. “I believe that Common Goal can make a real and lasting impact,” he explained. “I’m putting the call out to all my fellow footballers: join Juan and me and help to take the game to the next level.”