“Solidarity with Lebanon” – Interview with Marie Caillat from Fondation the France 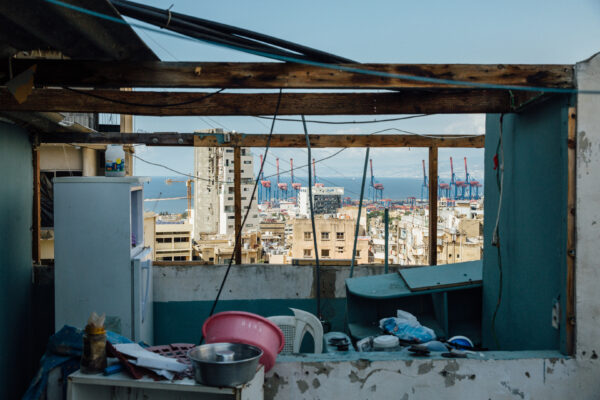 190 fatalities, 6,500 people injured and over 300,000 people without a roof over their heads… This is the result of the explosion in Beirut that happened on August the 4th, nothing short of catastrophic. On the very next day after the deadly explosion had struck Lebanon, Fondation de France launched an appeal for public generosity to support the population affected by the disaster. And in just one month, they raised over two million euros.

TGE – Why did Fondation de France decide to set up this project?

Ms. Caillat – Fondation de France has been operating for more than four years alongside local organizations in Beirut. We knew we would be able to act quickly to identify and prioritize needs, selecting the best projects able to provide the population with the required support.

TGE – Could you give us some examples of programs or actions you have helped or plan to implement on the ground?

Ms. Caillat – In terms of social and psycho-social support, together with Première Urgence Internationale, Fondation de France has launched an emergency aid program in the form of bank cards credited with amounts adapted to the particular needs of vulnerable families in three districts of the Lebanese capital. This system also includes psychological support led by a team of specialists, in partnership with the Lebanese organization Amel. Another Lebanese non-profit organization, Embrace, takes in and seeks out people suffering from psychological disorders in the affected districts of Beirut.

Fondation de France is also prioritizing the refurbishment of 500 families’ homes in the disadvantaged district of Nabaa. It is also participating with other organizations in the reconstruction of the premises of the Libami Liban charity and in the restoration of three public libraries in the Bachoura and Geitawi districts alongside another local organization, Assabil. These libraries are educational and cultural meeting places serving all the local communities.

In order to support economic recovery, an aid program for small businesses and shopkeepers has been established by the Al Majmoua association with other operators from the city. Financial support will also be provided for some thirty tourism businesses alongside the Jibal charity, to enable them to renovate their premises.

TGE – Is cross-border giving an important part of the fundraising efforts? Do you receive or expect to receive donations from a lot of European countries?

Ms. Caillat – I believe we are now at a turning point. Most challenges we face know no borders, and the current pandemic is a harsh reminder of this. Fondation de France is active in all areas that contribute to the greater good and address global challenges and our donors are not only French or French-based, and we hope to engage more with them in the future. The ongoing mobilization of international donors to support our Covid-19 relief efforts is a strong sign.

To contribute to the project…

You can make a donation here: https://dons.fondationdefrance.org/SOLIDARITE-LIBAN/~mon-don?_cv=1